Ülemiste City is the new central business district located in Tallinn, the capital of Estonia. Ülemiste City offers the advantages of a prime location with Tallinn Airport and the future Rail Baltic main railway hub only a few steps away. The campus can be accessed via public transport routes from all the districts of Tallinn, with the city centre and harbour a mere 10-minute car drive away.

Situated in the territory of a former military factory, Ülemiste City’s 36-hectare area has developed into Ülemiste Smart City – the largest knowledge-based economic environment of the Baltic countries.

The development of the campus began in 2005 and today it holds ca. 140,000 m2 of modern office premises with nearly 500 enterprises. About 12,000 employees operate at Ülemiste City, among them IT companies, start-ups, and development and shared service centers. By 2025 Ülemiste City will have doubled its numbers to 20,000 employees, residents and students, with round-the-clock services on the campus.

The campus has a full range of services for both companies and individuals, including a nearby shopping center as well as the on-campus kindergarten, Tallinn International School and the Estonian Entrepreneurship University of Applied Sciences.

For an invigorating workout you can hit the gym, pool or the biggest indoor beach in Estonia. You will also find numerous conference facilities, cafes, award-winning restaurants, a health clinic and fully automated rental smart-apartments.

For experiencing the e-state of mind you can visit the e-Estonia Briefing Center or get all the many benefits from our e-government in the International House of Estonia. 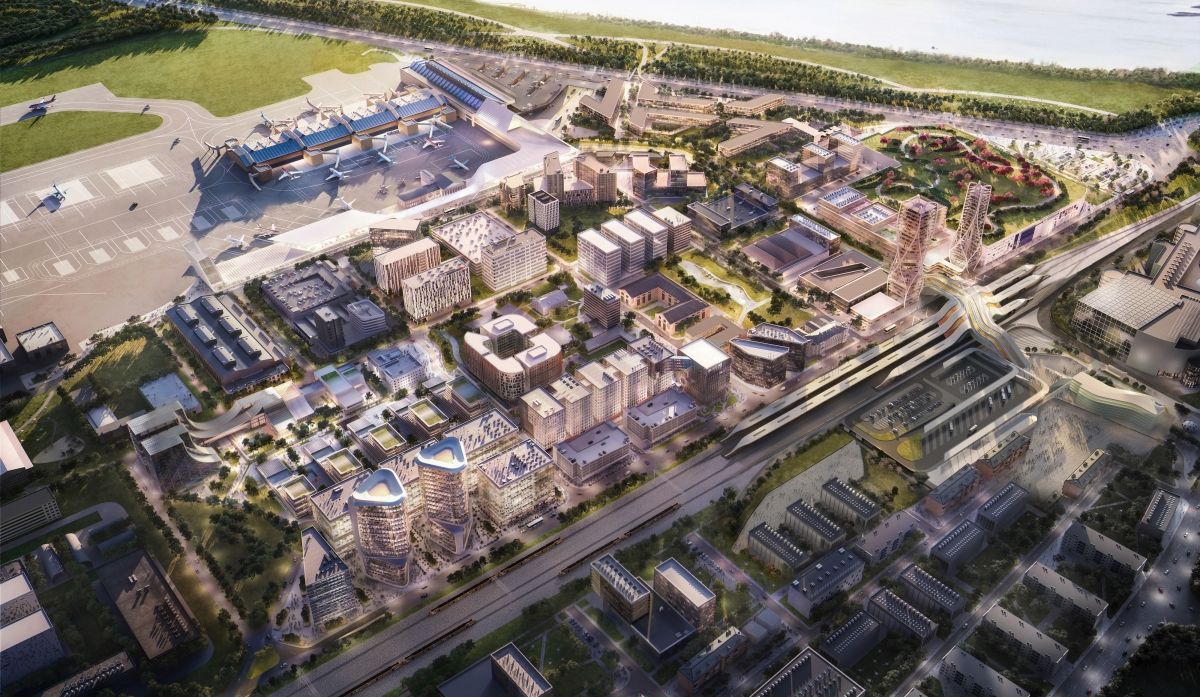 Vision for 2025 of Ülemiste City by Zaha Hadid Architects.